Have you heard of The Billboard Art Project?

The Billboard Art Project LLC is a nonprofit organization that acquires digital billboards normally used for advertising and repurposes them as roadside galleries. Projects are held in cities all over the country and are open to all individuals and groups who are interested in participating.

Types of work that may be displayed include images created specifically for the billboard as well as images of previously made art adapted to the format. No two Billboard Art Project shows are alike; each city features new work. 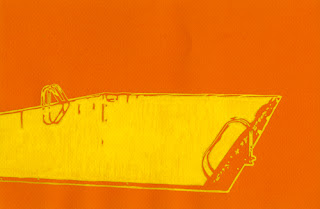 My recent series, Greetings From Tampa, will be featured on a billboard in Duluth MN on

Saturday, August 20, 2011 at 12 a.m. to
Sunday, August 21st at 11:59 p.m.
Link to Facebook Event
Find the billboard at the intersection of
E Central Entrance & S Blackman Avenue, Duluth, MN, 55811 (south east corner). See map
See this list of all the artists being shown on the Duluth billboard.
My work will be up for about 4.8 minutes at a time (36 stills – 8 seconds each), and they say it will repeat three to eight times during the course of the weekend.
If you or anyone you know is in Duluth, I would LOVE to get a video and/or some still photos of my work up on the billboard.  Shoot me an email if you think you can help: ellen@ellenmueller.com
Thanks!