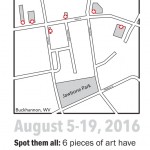 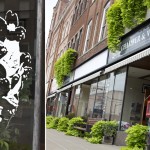 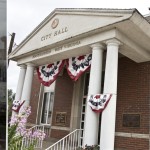 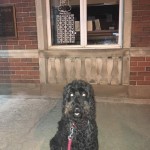 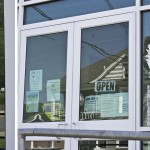 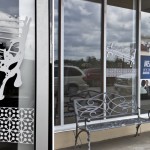 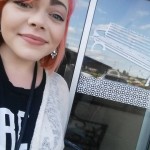 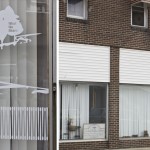 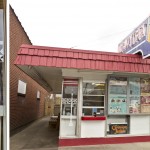 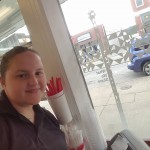 This work confronts the divisive nature of the media and their coverage of current events. Much of this coverage creates false dichotomies and encourages polarization of views. “What We Share” aims to bridge the media-constructed divides by highlighting commonalities in a small, rural, West Virginia town.

The “What We Share” project was a series of 6 vinyl drawings in the street-facing windows of downtown Buckhannon buildings. This public project ran for three weeks in August 2016, and depicted things we, as a community, could be proud to share, such as various public goods that we might take for granted, including street lights, fire hydrants, and public walking paths, as well as trees and flowers that grow in West Virginia. By highlighting these items, even if they are somewhat mundane, the project aimed to cultivate a sense of unity and pride, thereby bridging media-cultivated divides in the community.

To help the public locate the artworks, I handed out paper copies of maps on a weekly basis, and made images of the map available online. I also engaged the media with a press release, thereby enlisting the media to propagate this positive message, rather than the more typical divisive messages. Three different regional newspapers ran the story, and the event was shared widely on social media. In this way, “What We Share,” was able to exert effort towards bringing a community together, rather than building on media-driven divisions.