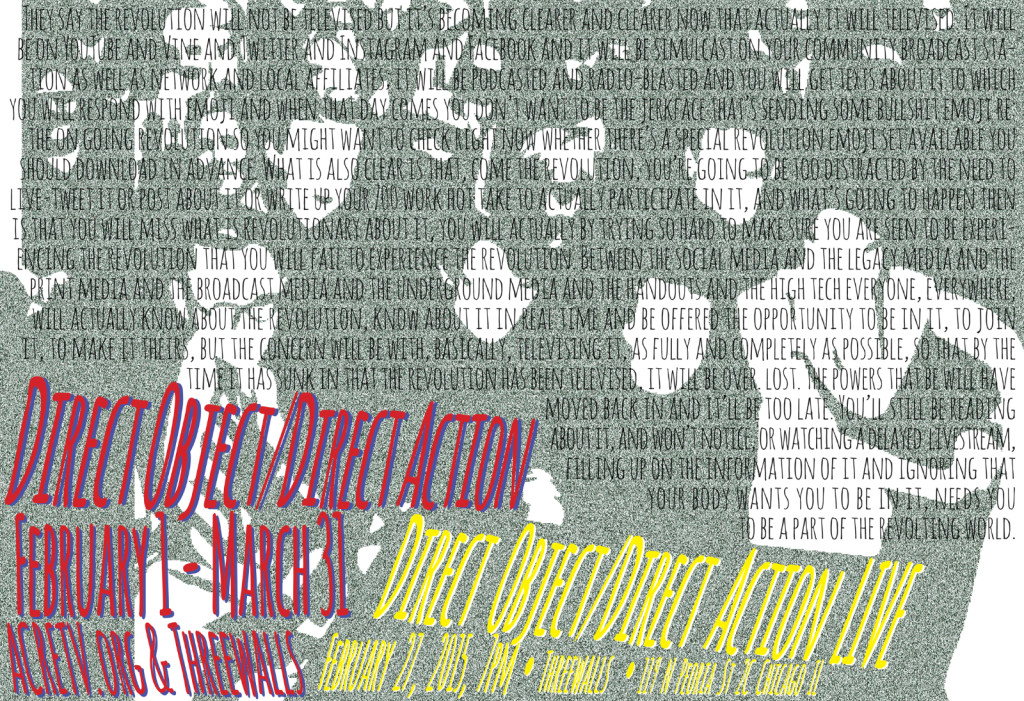 My Practical Preparedness series will be screened at this exhibition:

Television creates political bodies because it happens to large groups of people simultaneously; we learn our stories gathered in bars and homes or virtually together while alone, we cast ballots for our idols all via a transmission from afar. Sharing these spectacular experiences has, for better or worse, made for large populaces more uniformly formed than any that history has seen. Meanwhile, political bodies use contemporary televisual streaming tools to broadcast their own struggles. Directed by television’s innate ability to create publics, and the common usage of livestreaming in contemporary populist movements, ACRE TV will spend February and March 2015* streaming moving image work that explores broadcast art and it’s ability to function as a catalyst for moving bodies. Direct Object/Direct Action will air live, canned, episodic, durational and experimental broadcast works that position the stream as an instrument as opposed to a stage, as well as works that address the concept and histories of political direct actions.