My next performance will be on Friday, January 30, 2009 at 8pm at the William and Nancy Oliver Gallery as a part of BREAKDOWN: A Mental Incursion.

I’ll be premiering a character I’ve been developing the past few months, Valerie Hartman. She’ll be giving a brief intro to The System, and why you should attend the infomercial on February 17 at 8pm. 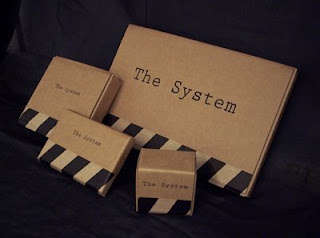 BREAKDOWN is organized by Khadijah Queen.
Multidisciplinary artist and writer Khadijah Queen is a graduate fellow in studio art at University of South Florida. Her first book of poetry, Conduit, was published in 2008 by Akashic Books. She has performed and exhibited nationally, and curates an annual multi-genre performance series, “Courting Risk,” in NYC.