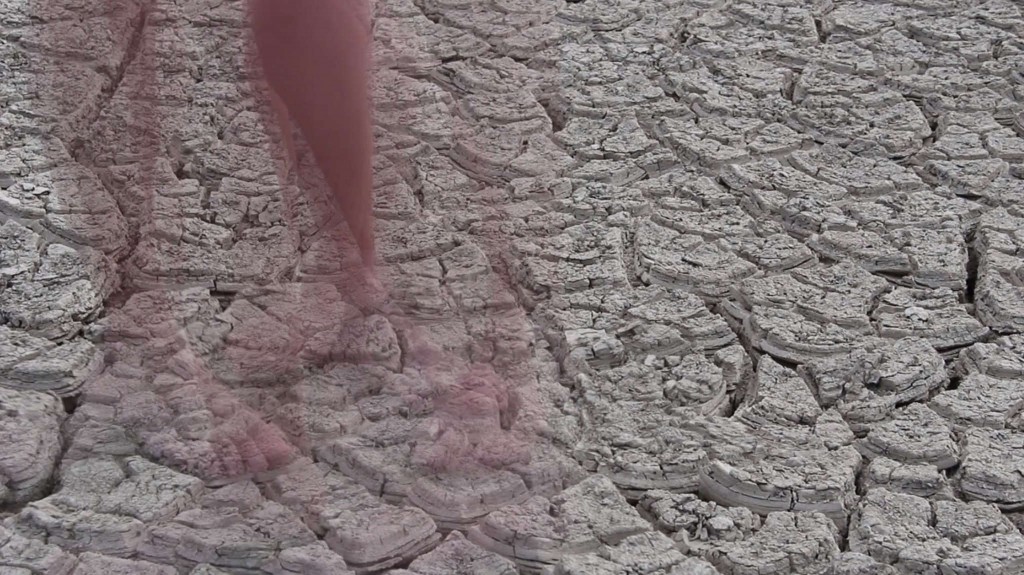 The Body + Camera Festival has reached its final city: Chicago! After previously visiting New Jersey City and Miami, the works can now be seen at the Chicago Cultural Center.

Crunching, a video piece made during a residency at Playa Artist Residency in Oregon, is set on the edge of a lake that dries up every summer due to commercial irrigation. It depicts various textures that, while appealing, also reflect a strained relationship between natural processes and human exploitation.

This work will be featured in the Body + Camera Festival, which presents a broad spectrum of contemporary work in experimental, dance, and performance film, and includes special screenings and artist talks aimed at provoking discussion around the event’s theme. This year’s films were selected from over 1,700 international submissions by a jury of experienced members of the performance and film community, and organized into five distinct programs and installations. Crunching is a part of the Convening program: eight films that explore our ongoing search for physical intimacy with nature.