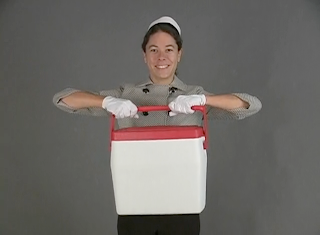 As a part of A Short Play About 9/11 written & directed by Dominic Orlando, the Workhaus Collective in Minneapolis MN will be putting up an exhibit entitled, A Decade On: Artists Respond to 9/11.

The exhibition will be Sept 11 – 24, 2011 at the Playwright’s Center.
Artists include:
Anna Leahy
Ellen Mueller
Jessica Turtle
The opening reception for the visual art is at 7pm on Sept 11th, 2011.
The play starts at 8pm, and is funny from what I hear!
Tickets are pay-what-you-can (suggested donation $18)
The play will be followed by a comedy after-party, with stand-up by Brian Beatty and “Paige & Erin: 9/11,” written & performed by Paige Collette & Erin Search-Wells, directed by Maren Ward.
Playwrights’ Center
2301 East Franklin Ave
Minneapolis MN 55406
This exhibition is a great chance for those in the Minnesota area to get a glimpse of some of my Practical Preparedness videos.