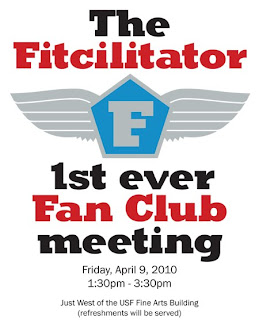 Come to the 1st ever Fan Club meeting for The Fitcilitator!

There will be refreshments, and further discussion of exactly who The Fitcilitator is, and what the details of her existence are.  People will have a chance to enter the trading card competition!

EVERYONE IS WELCOME! Bring a friend or 5!

— About The Fitcilitator —
There are a few agreed-upon details, such as her vision, which is to help people pass the President’s Challenge, and her appearance, which includes red leg warmers, white sneakers, blue shorts, a red sweatshirt top, and a silver cape.

Beyond these facts, there is much debate as to the true nature of The Fitcilitator. At this meeting we’ll share thoughts on, and recollections of experiences (real or imagined) with, The Fitcilitator.