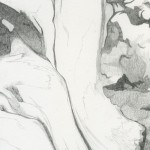 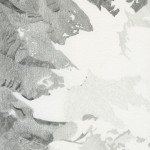 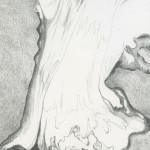 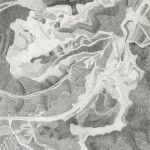 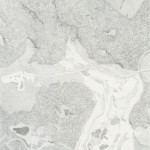 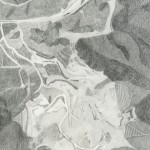 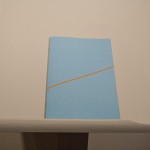 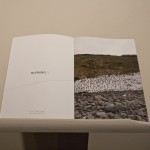 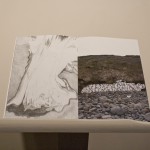 The earth has been shaped, both physically and socially, by a striking landscape carved out by glaciers. However, with the acceleration of global climate change, these glaciers are shrinking at a rapid pace, causing environmental and social upheaval. It is the shrinking borders of glaciers — and the forces causing this change — that I am focusing on in this body of work. This series consists of a graphite renderings of satellite imagery of Icelandic glaciers and mountain-top removal sites in West Virginia. The creation of these works was funded in part by a Puffin Foundation grant, and completed at Nes Artist Residency in Skagaströnd, Iceland, summer 2013. The drawings are also published in a short book, Burning Ice, available online. 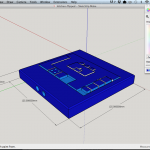 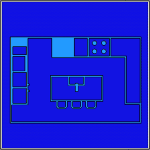 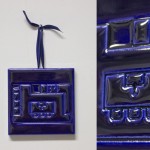 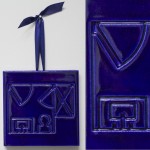 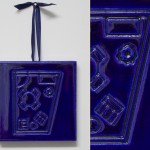 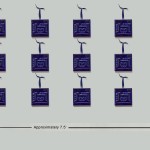 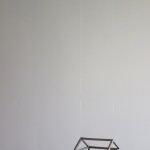 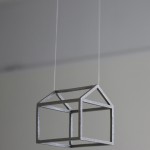 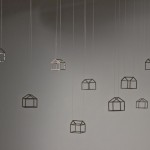 This body of work examines McMansions, the large ostentatious modern houses that are cheaply built and are often considered lacking in architectural integrity. Through this subject matter, I focus on excessive consumer culture by putting visual emphasis on the wide array of standard and novelty rooms one might find in these homes. I am interested in the environmental and socio-political impact of these homes. The delicate blueprint drawings of floor plans are 3D printed in porcelain, mirroring the fragility of the housing market. In contrast, I also focus on the tiny house building trend with a series of highly simplified aerial stainless steel houses hung in a cloud formation away from walls. Both processes utilize 3D printing to achieve a fine level of detail. There is visual contrast between the vast array of novelty rooms hung in a shiny blue grid, and the simplicity of the floating one-room houses. I am asking questions about value, the environment, consumption, and the monetization of happiness. The challenge of housing all humans is a complex and nuanced one without a simple answer. I create these works in SketchUp and order them from Shapeways. 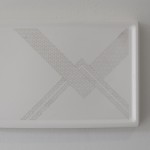 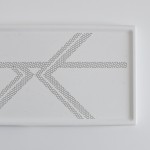 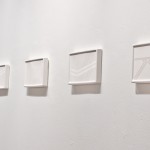 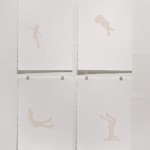 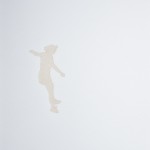 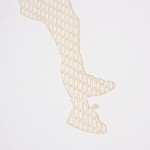 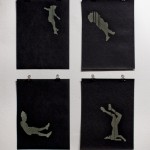 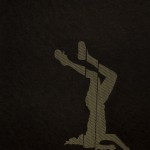 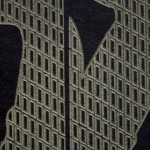 The cheerleader is a compelling archetype when considering the dueling nature of being both a leader and conformist. I am interested in what it takes to maintain that duality; to be simultaneously an individual and a team member; being cheerful, on-point, ready, and prepared. What it takes to be a follower, a supporter, a woman, a patriot, a hero, a human; being trustworthy, loyal, fearless, bold, loud, synchronized, and well-practiced. I am asking questions about how this cliché is constructed and what are we left with after deconstruction. Influences include the performative and video works of Yoko Ono, Joan Jonas, and Martha Rosler, as well as glitch aesthetics.