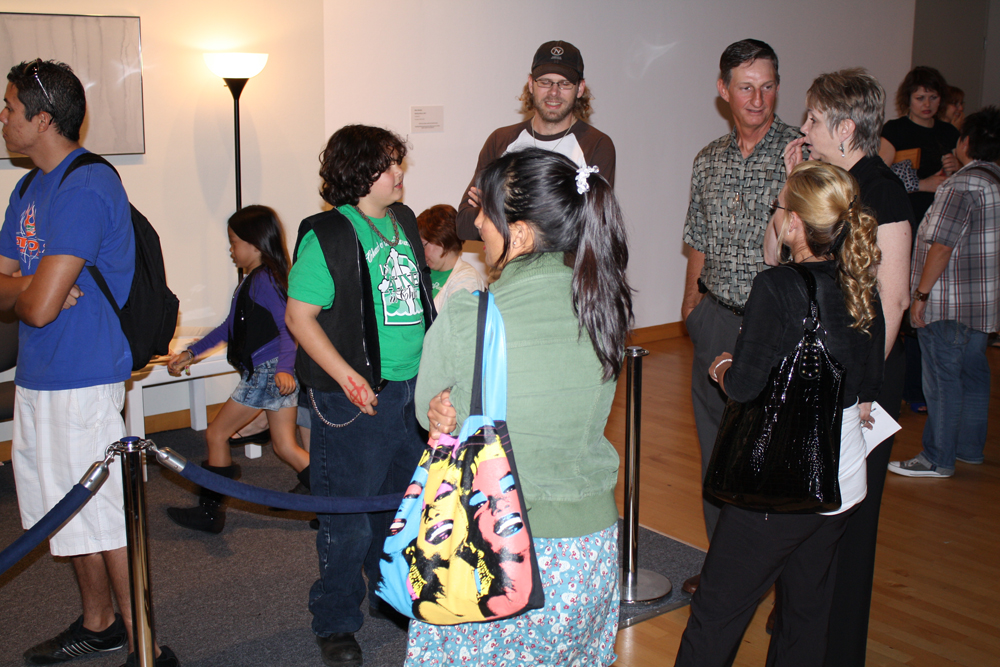 This work focuses on the aesthetics and apparatus of waiting. Whether it is planes, buses, prescriptions, meetings, appointments, paperwork, jobs, or degrees, the act of waiting seems to hold promise, as if we will be rewarded at the end of our wait, which we sometimes are. It can be a hopeful act. However, the act of waiting can also turn sour as it drags on to a point that feels unacceptable given preconceived expectations.

The presence of a waiting area triggered a number of intriguing reactions in passersby and participants. For example, some felt guilt as they assumed they had just cut in line, others felt an urgency to join in the waiting as if they had arrived late, some ignored the line but did not question its presence. All of these reactions were triggered by the same situation, and are the result of cultural conditioning.